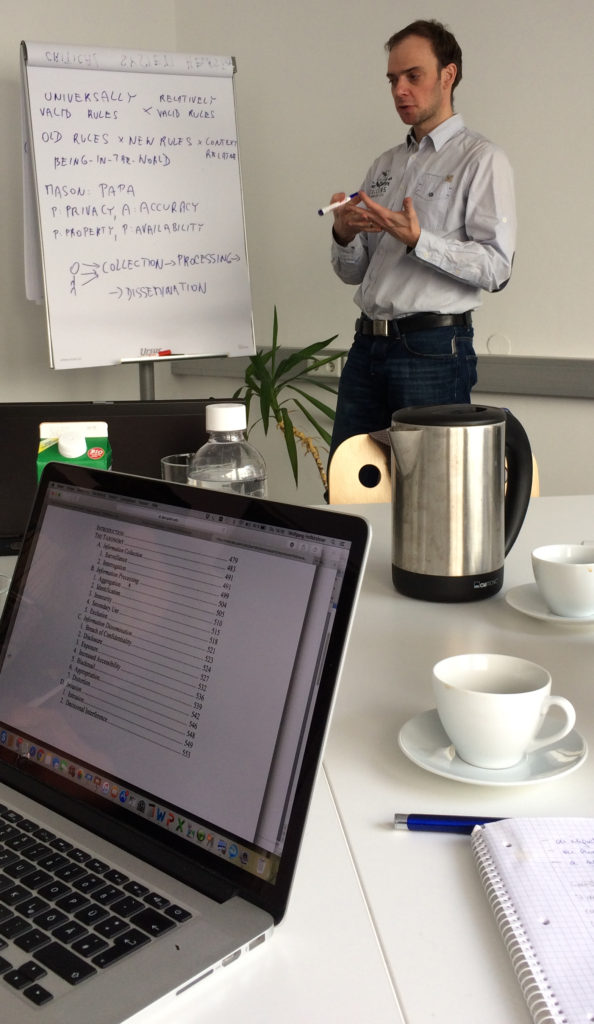 Within the framework of the Emergent Systems, Information and Society group, Tomáš Sigmund was invited to the Center to start the joint research project „Systems Approaches to Information Ethics“.

In a three-day workshop during his stay in Vienna (23-27 January, 2017), Soft Systems Methodology (Checkland) and Critical Systems Heuristics (Ulrich) were investigated as possible tools for dealing with problems arising from privacy issues in the context of the spread of ICTs (information and communication technologies). Information ethics accounts of Capurro, Floridi and Nissenbaum were discussed. Hannah Arendt’s distinction between labour (ponos), work (poiesis) and action (praxis) was referenced in the context of the relationship between private space (oikos) and public space (agora). Arguments from evolutionary theory and realist systems theory topped the agenda off. Areas of intersections and convergence were identified. 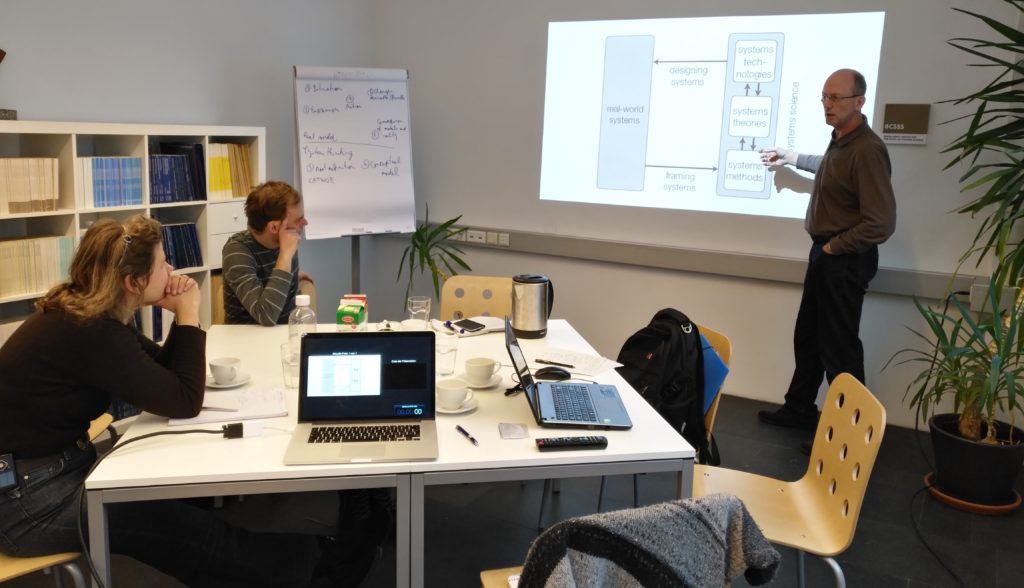 The project will be continued. It is a cooperation with the Department of Systems Analysis of the University of Economics, Prague.