Mechanisms as causes for societal development

Social scientists are inclined to talk of social “mechanisms” to designate that which brings about effects in the course of development. “Mechanisms” are the causes for the reproduction of society and its transformation as well. However, “mechanisms” are not strictly deterministic as mechanical causations might be. They depend on the agency of social actors and are thus not fully predictable. They intertwine with each other and they emerge and die.

The “Social Morphogenesis” working group of the Centre for Social Ontology held its third workshop exactly on that topic. As the Centre had meanwhile moved from the EPFL in Lausanne (Switzerland) back to Margaret Archer’s university in UK – the University of Warwick’s Department of Sociology, where she is Professor Emerita – the workshop was convened in UK too from 6 to 9 January. The venue was Oxford, Magdalen College. The subtitle was framed as question: “From Competition to Opportunity?” to prepare the third volume of the book series of edited volumes around so-called “Social Morphogenesis”. 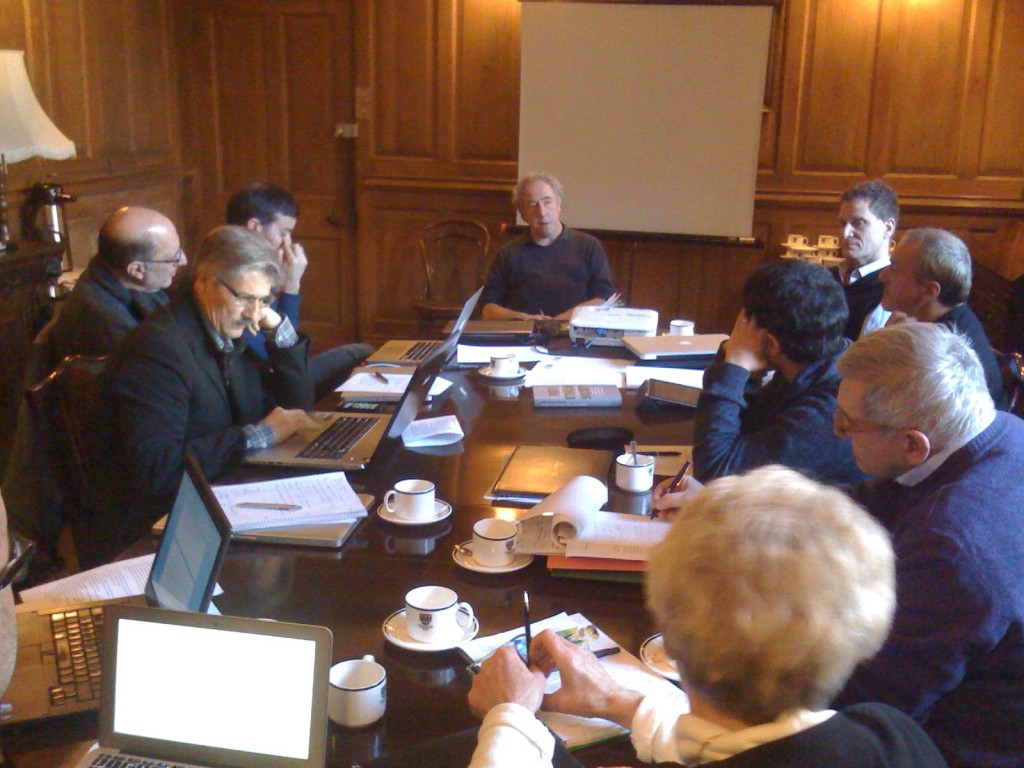 The Workshop in the Old Practice Room in Magdalen College (photo: W. Hofkirchner)

Wolfgang Hofkirchner, the project participant on behalf of the Bertalanffy Center, after discussing the advent of information society, developed a model of a dynamics for conflict resolution.