The ten members expert group at Margaret Archer’s Centre for Social Ontology (CSO) met for the fourth time to discuss problems of so-called “social morphogenesis”. This time the meeting was scheduled for the first week of January at the Cardiff Business School which is part of Cardiff University in Wales. Ismael Al-Amoudi, now Deputy Director of the CSO, is Senior Lecturer in Organisational Studies in Cardiff. 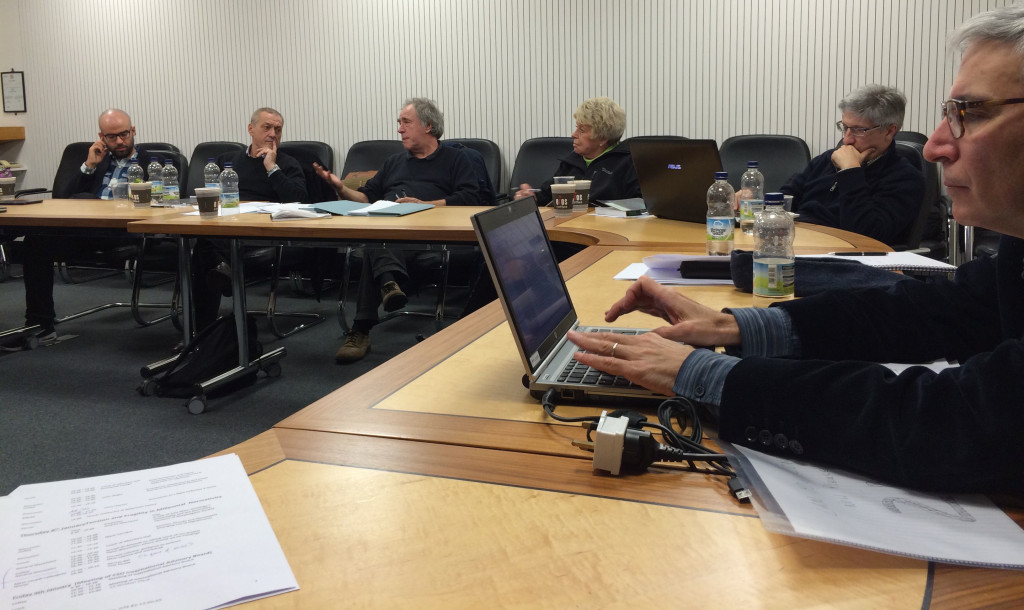 The workshop was devoted to norms and values in times of crisis. It explored different theoretical approaches towards empirical trends regarding normativity, that is, morals and regulation, within and between societies. Bertalanffy’s General System Theory has already been including normative issues. Group member Wolfgang Hofkirchner from the BCSSS presented an evolutionary systems account of why moral norms might have come about in human social systems at all and how that origin is seemingly forgotten when norms and morals fall apart today.

The contributions will form part of the fourth book in the studies of “Social Morphogenesis” to be scheduled for 2016.


See the contribution of Hofkirchner.