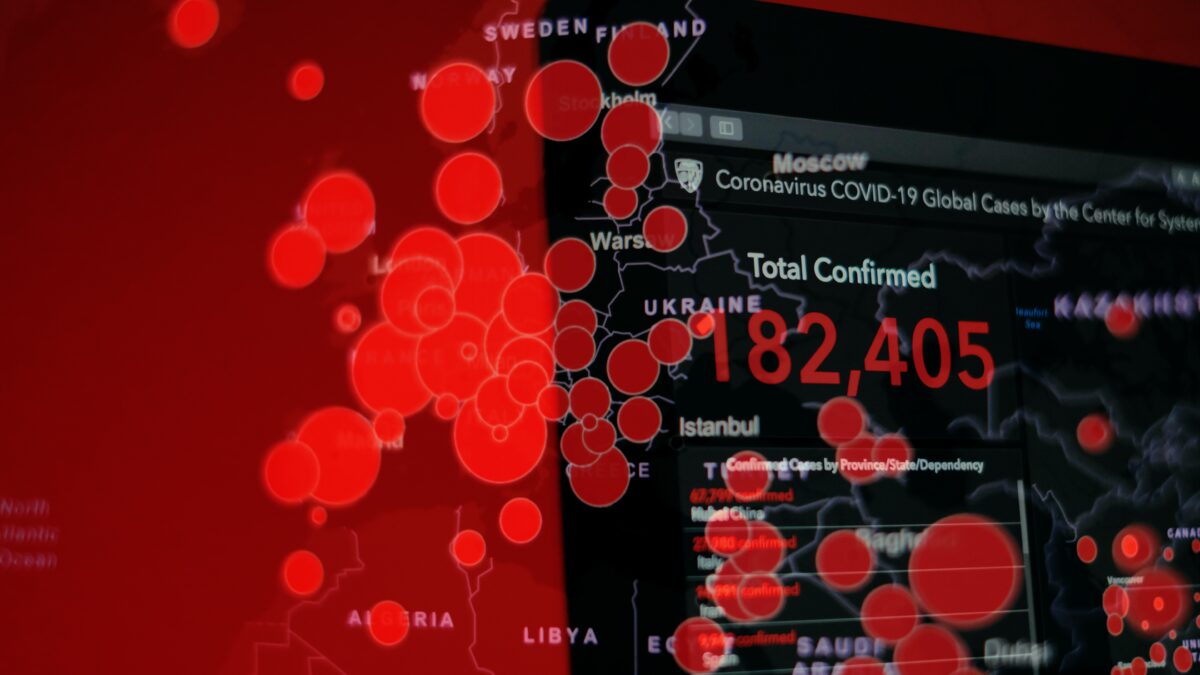 A SYSTEMIC VIEW ON THE CORONA-CRISIS

The so-called “Corona-crisis” is a shocking reset-push for the global society. Fundamental nature-humans relations that up to now seemed to be controlled by technology and society are currently disrupted by this “communicable disease”. With other words: the ecology of humans is worldwide under shock. Mainly long-distance travelling with local spreading clusters transformed a local epidemic in China to a pandemic within only a few weeks.

In many aspects health authorities and public policy agencies underestimated the dynamics of the Covid-19 virus, regarding its contagiosity, pathogenicity and lethality – some of them reacted very late and implicated hundreds and thousands of deaths. Other authorities probably overdosed public order by sudden and severe restrictions. Now, in the end of April 2020, citizens of many countries have to live under restrictions of social order by politicians who are held responsible and who completely rely on predictions of medical experts and their data-based mathematical simulations. We all hope for successful medications and vaccinations this fall, but it seems it takes a longer time and that we have to accept partial lock-down for a longer period.

If we want to establish and strengthen a society based on the ideals of a humanism, citizens should be able to comprehend and also criticize and deliver backgrounds of political decisions. In line with this, we think that a better understanding of the dynamics of epidemics and its coping procedures might be possible by systems thinking as it was proposed by Ludwig von Bertalanffy [1] and his colleagues.

The population and the viruses are living systems

Living systems are environmentally embedded and they exhibit significant self-organized dynamics.  For better understanding, a systemic ecological framework can be useful. Current approaches in human epidemiology even apply dynamics similar to predator-prey relations for understanding spreading of communicable diseases and their suppression: the analogy applies as the virus potentially destroys the host, because the host falls ill, but the host also produces antibodies that inactivate the virus. This type of agonist-antagonist dialectics in population dynamics was highlighted by von Bertalanffy referring to the nonlinear Lotka-Volterra differential equations on predator-prey models in demecology.

Mathematics and data are needed for public affairs

The data on the number of infected individuals observed by the health care system (public health) showed very soon and for some weeks features of exponential growth (e-function) promising an explosion of this comparatively highly lethal virus. Regardless of the quality of measurement of the data (selectivity, reliability, validity, sensitivity, specificity, report delays etc.), recorded daily new infections were plotted, logarithmic transforms were displayed, reproduction numbers and doubling time as indicators for political decisions were explained publicly etc. So, the whole population of the world, if interested, had a crash course in applied math, with regard to fitting data and understanding non-linear dynamics of living systems and their epidemiology.

The need for intervention and policy evaluation – how to suppress epidemic dynamics and what is the systems response?

Exponential growth evoked public order reactions to dampen the dynamics. Several public order interventions intended to “flatten” or even “hammer down” the curve, namely by social distancing, disinfection, quarantine, lock-down of shops and markets etc. And after some weeks of general lock-down a sigmoid growth curve could be identified, similar to the Bertalanffy growth function that he developed for mass growth of animals. The main question was: Which measure is the best indicator for policy success? The doubling interval of prevalence, the reproduction number (how many individuals are infected by a single individual within a certain period) etc.? And finally: How strong is the delay of the display of data referring to the time they were collected. Are the tests sensitive and specific enough? So: Is the data base robust to justify political decisions that potentially collide with human rights and economic interests? In early stages of the pandemic only a few understandable articles appeared that addressed these problems of understanding the dynamics and designing regulations [2].

Now some countries succeeded in suppressing the dynamics and they reduce the lock-down. However, the measures mentioned above must be observed in order to avoid a “second wave”. This is a dance on the tightrope.

From a systems analytical view, the policies can be seen as a set of inputs into a dynamic self-organizing multi-level system where the crucial problem of multivariate statistical analysis is: Which of the observable changes in the data (and derived indicators) of the system’s state is a “specific differential response”, and which not and how can we distinguish these from each other?

Now in some countries, like in Austria, the sigmoid curve goes down to the baseline, corresponding to the declining components of the I-curve of the basic SIR-model, where S stands for  the population subgroup of susceptible persons, I stands for the infected persons and R indicates the number of recovered persons. This model is the core model of the model pool of systemic epidemiology [3], a field that helps to constitute Integrative Systems Medicine as we aim it in BCSSS [4] [5] (s. Fig.1). It usually is extended to a SECIRD model depicting exposed persons (E), carriers (C), deaths (D) etc. The main “flow” of persons between these compartments from S over I to R can be modelled regarding empirical data that indicate transition velocities. Differential equations describe these flows and stocks formally, but the model can be visualized qualitatively by boxes and arrows diagrams, for instance based on the technique of Systems Dynamics. This methodological modeling procedure – from concept to diagram to equations to simulations – is very useful in inter- and transdisciplinary communication, especially in this heterogeneous crowd of medical experts – a picture says more than thousand words (Fig.1).

Analysis of and coping with corona crisis is provided by virologists, laboratory experts, infectiologists, epidemiologists, immunologists, pharmacologists, pulmonologists, intensive care doctors, public health experts, general practitioners, and other medical experts. Although most have an education in medicine, there is a lack of a field like “theoretical medicine” that integrates the different aspects and view points on a conceptual level, that bridges different islands of health knowledge and that reduces avoidable conflicts and enhances coherence in analysis and action.

Regarding this need for integrative viewpoints, systems thinking has a strong power for interdisciplinary integration as it was demonstrated by Ludwig von Bertalanffys General Systems Theory”. As mentioned above, in the BCSSS we try to bridge these knowledge gaps by our international and interdisciplinary working group on Integrative Systems Medicine.

Further tasks – an integrated view on control of the pandemic

At first, a differential evaluation of public order interventions has to be done to prove the effects of specific public health and public order interventions and to eliminate ineffective and freedom-reducing regulations. Of course, also effects on economy and psycho-social disturbances must be included in this view. In consequence, the above described multiplexity of the corona pandemic demands further exploratory modeling by models that include economy, psychosocial variables, etc. Methodologically, this analysis and regulatory aims need much caution and relativism. BCSSS plans to organize such a live-workshop if public health measures will allow it.

But also, further issues are challenged by corona pandemic, namely the current culture of economy, law, science, social order or briefly: the structure and function of the our human ecological system.

In summary, we think that application of and education in systems thinking could provide a tool for integrative viewing of dynamic processes like this pandemic. Not only medicine but also economics, psycho-social issues and other factors could be considered similarly to the famous world models [6].