Since 2008 the Bertalanffy Center publishes a book series that comprises contributions of renowned scientists from all over the world that follow the leitmotif of Ludwig von Bertalanffy’s thinking “Unity through diversity”. 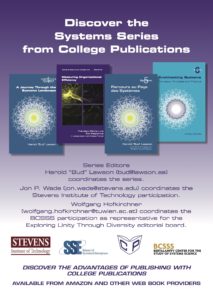 The editorial board was extended by scientists from new domains:

“Unity through diversity” is the title of the 2 volumes Festschrift for General System Theory co-founder Ludwig von Bertalanffy, edited by William Gray and Nicholas D. Rizzo in 1973, published post mortem by Gordon and Breach. Unity-through-diversity is acknowledged to be the leitmotif of Ludwig von Bertalanffy’s thinking. It is the proper leitmotif of what Systems Science does – that is, exploring, through a diversity of disciplines, the behaviours and structures that underlie and underpin the unity of real-world systems whatsoever. It is also the leitmotif for the contributions of the BCSSS to the “Systems” series – that is, providing space for different perspectives while sharing a common goal in order to promote:

Vol.1: Harold “Bud”Lawson 2010. A Journey Through the Systems Landscape

Until 2013 the series was called “Exploring Unity Through Diversity”. Three volumes were published with Emergent Publications, Goodyear, Arizona, US (formerly ISCE Publishing).

The editor was Wolfgang Hofkirchner, the editorial board comprised 34 renowned scientists:

Copies are still available there.

Since 2014 the Springer International Publishing AG publishes the book series “Translational Systems Sciences”. We are glad about our involvement through Wolfgang Hofkirchner, the president of the Bertalanffy Center, he is member of the editorial board.

The book series intends to advance a new frontier in systems sciences by presenting theoretical and conceptual frameworks, as well as theories for design and application, for twenty-first-century socioeconomic systems in a translational and trans-disciplinary context. 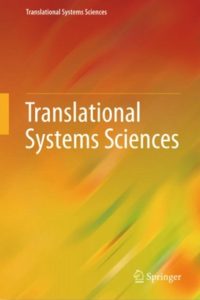 The editorial board comprises 12 renowned scientists:

The present Translational Systems Sciences book series aims at cultivating a new frontier of systems sciences for contributing to the need for practical applications that benefit people. The concept of translational research originally comes from medical science for enhancing human health and well-being. Translational medical research is often labeled as “Bench to Bedside.” It places emphasis on translating the findings in basic research (at bench) more quickly and efficiently into medical practice (at bedside). At the same time, needs and demands from practice drive the development of new and innovative ideas and concepts. In this tightly coupled process it is essential to remove barriers to multi-disciplinary collaboration.

The present series attempts to bridge and integrate basic research founded in systems concepts, logic, theories and models with systems practices and methodologies, into a process of systems research. Since both bench and bedside involve diverse stakeholder groups, including researchers, practitioners and users, translational systems science works to create common platforms for language to activate the “bench to bedside” cycle.