The Morphogenetic Project and Self-Organisation

Margaret Archer, the Director of the Centre for Social Ontology at the École Polytechnique Fédéral de Lausanne, is the leader of the so-called Morphogenetic project. The morphogenetic approach is a social theory attempt to understand change in society in the perspective of critical realism (follow that link: http://cdh.epfl.ch/page-37105-en.html). The usage of the term “morphogenesis” goes back to Walter Buckley who introduced General System Theory concepts into sociology. Margaret Archer invited Wolfgang Hofkirchner to present a system-theoretical view (follow that link: http://www.hofkirchner.uti.at/wp-content/uploads/2012/01/epfl2012-2.mov). Many overlappings could be identified. Further co-operation is intended. The contributions to the workshop Hofkirchner attended are in the process of being re-worked to enhance the unity of an envisaged book publication. 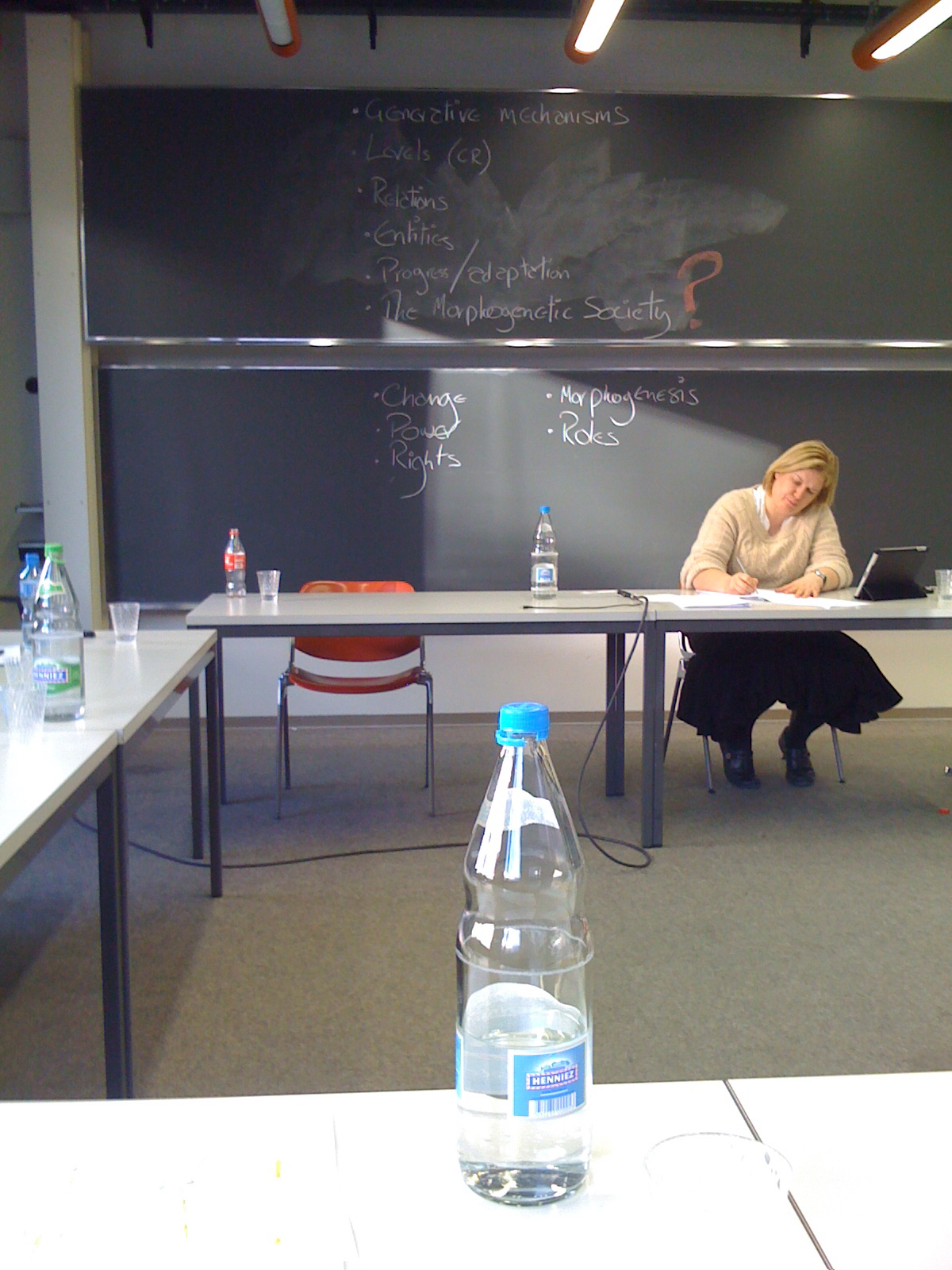 Post-doc researcher at the Centre for Social Ontology Kate Forbes-Pitt leading the general discussion at the workshop on 14th of January 2012 (photo: Wolfgang Hofkirchner). The blackboard shows the agenda of contested concepts