In recognition of his outstanding contributions to the field of complexity thinking, the Bertalanffy Center will award a prize to Edgar Morin. The award ceremony will take place at the forthcoming European Meeting on Cybernetics and Systems Research, on 10th of April 2012, 20:00, in Lecture Hall B at the Campus of the University of Vienna, Spitalgasse 2, 1090 Vienna (entrance free). Edgar Morin will hold a keynote on “Complex thinking for a complex world – About reductionism, disjunction and systemism”.

Edgar Morin is a widely recognised French philosopher and sociologist. His most recent publication is “Le chemin de l’espérance”/”El camino de la esperanza”/”Wege der Hoffnung” written together with Stéphane Hessel. He is 91 years old. Morin is one of the first system philosophers. His six-volumes work “La Méthode” is in the process of being translated into German.

The laudatio will be given by Rainer E. Zimmermann. 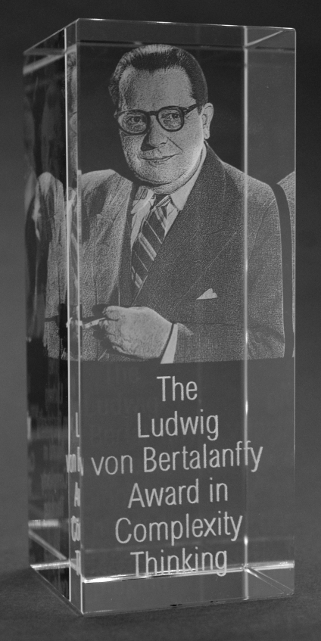 The BCSSS will award the “Ludwig von Bertalanffy Award in Complexity Thinking” for the first time.