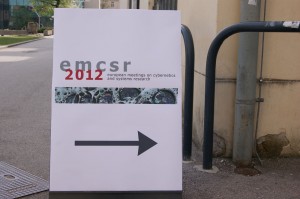 From 10 to 13 April 2012 the Campus of the University of Vienna was the venue of the emcsr 2012. 168 academics and practitioners attended the conference. The focus was on the self-reflection of the field against the background of urgent global challenges.

The Ludwig von Bertalanffy Young Scientist Award was donated for the first time. 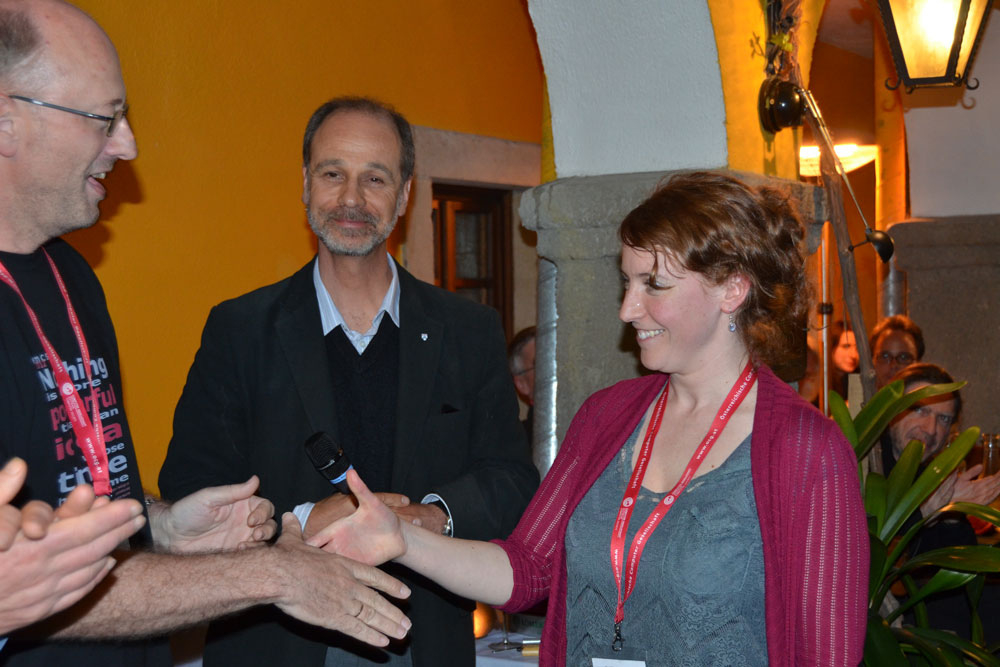 Edgar Morin was awarded with a prize for his outstanding contributions to complexity thinking.

The award ceremony. Edgar Morin showing the Ludwig von Bertalanffy Award in Complexity Thinking together with the certificate (next to him: the laudator, Rainer E. Zimmermann, and Wolfgang Hofkirchner; photo: emcsr)