In 2011 there was the 110th anniversary of Ludwig von Bertalanffy’s birthday. Thanks to sufficient funding, the BCSSS could organise two LvB 110 Events on 9 and 10 November 2011 and invite renown systems theorists from abroad.

On the eve of a one-day symposium David Pouvreau held a public lecture on General systemology as founded and developed by Ludwig von Bertalanffy – An hermeneutical system. David Pouvreau who just finished his dissertation work on Ludwig von Bertalanffy at the EHESS (École des hautes études en sciences sociales) in Paris presented the core message of his findings: the General System Theory of Ludwig von Bertalanffy is neither a philosophical doctrine nor a scientific theory but , as a system that interpretes “reality” in order to guide action according to specific values, is grounded in philosophy and, with regard to science, seminal. 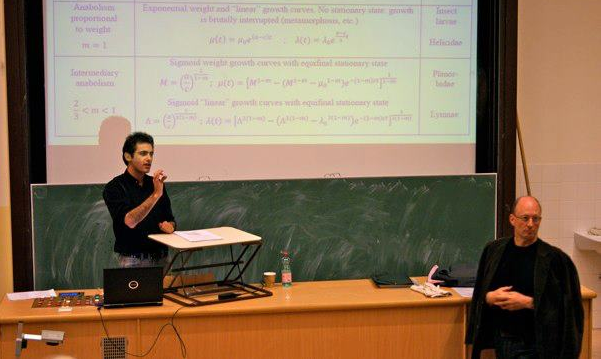 David Pouvreau is the first author of the BCSSS Book Series “Exploring Unity Through Diversity”. His “ultimate biography” of Ludwig von Bertalanffy is also due to his doctoral research.

For this event a lecture hall was found that belonged to the then Zoological Institute of the University of Vienna and was used by Ludwig von Bertalanffy himself: Lecture Hall Number 42. The event was held in cooperation with the Department for Theoretical Biology of the University of Vienna, a follow-up institution of the Zoological Institute that Bertalanffy was affiliated to and helped to restore after World War II. 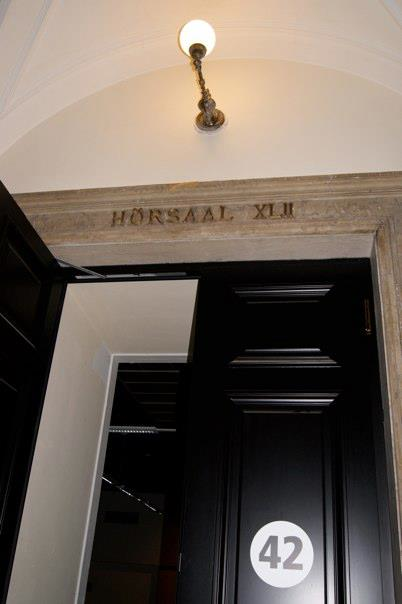 The second event to which the public lecture formed the prelude was the first experts meeting the Bertalanffy Center organised. The symposium was titled “Systems thinking: what’s it for?” and was devoted to the discussion of the past and future of the systems movement. For the programme and list of participants click here.

The morning session was reserved for individual presentations. 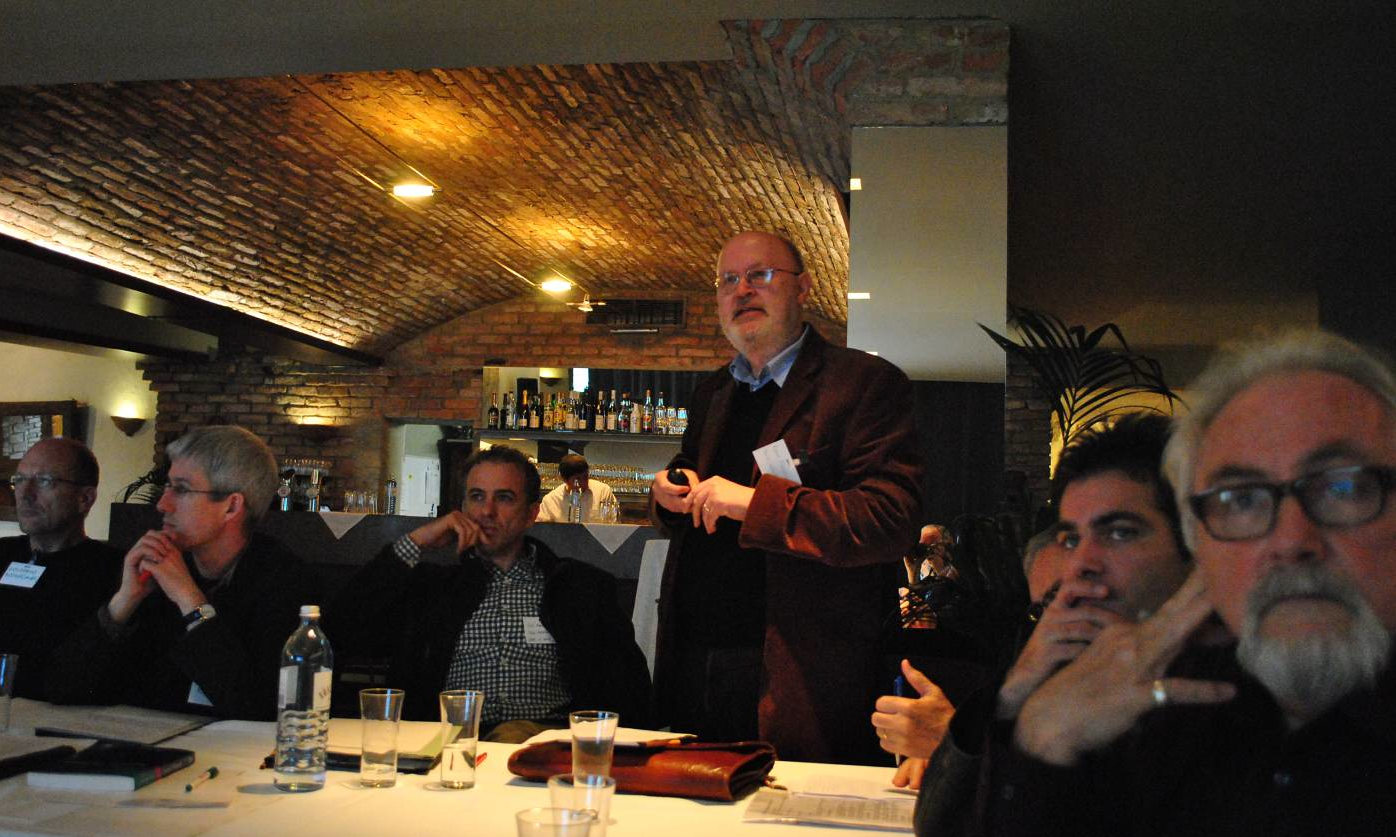 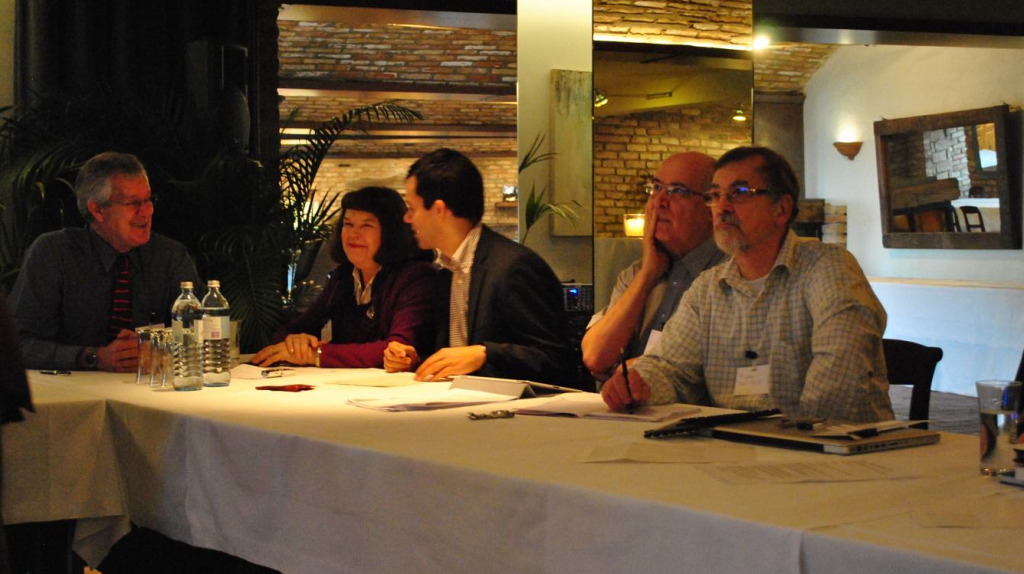 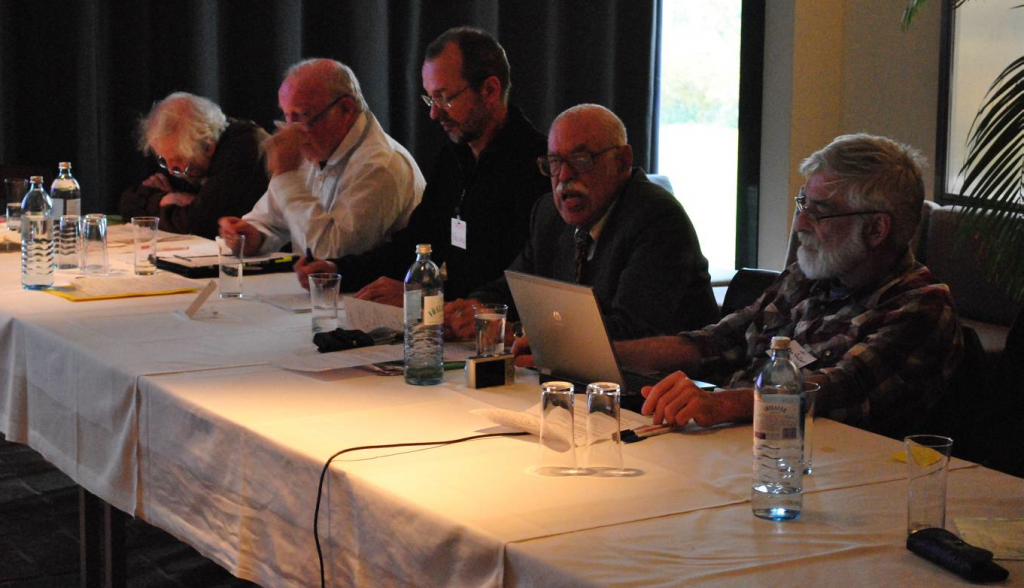 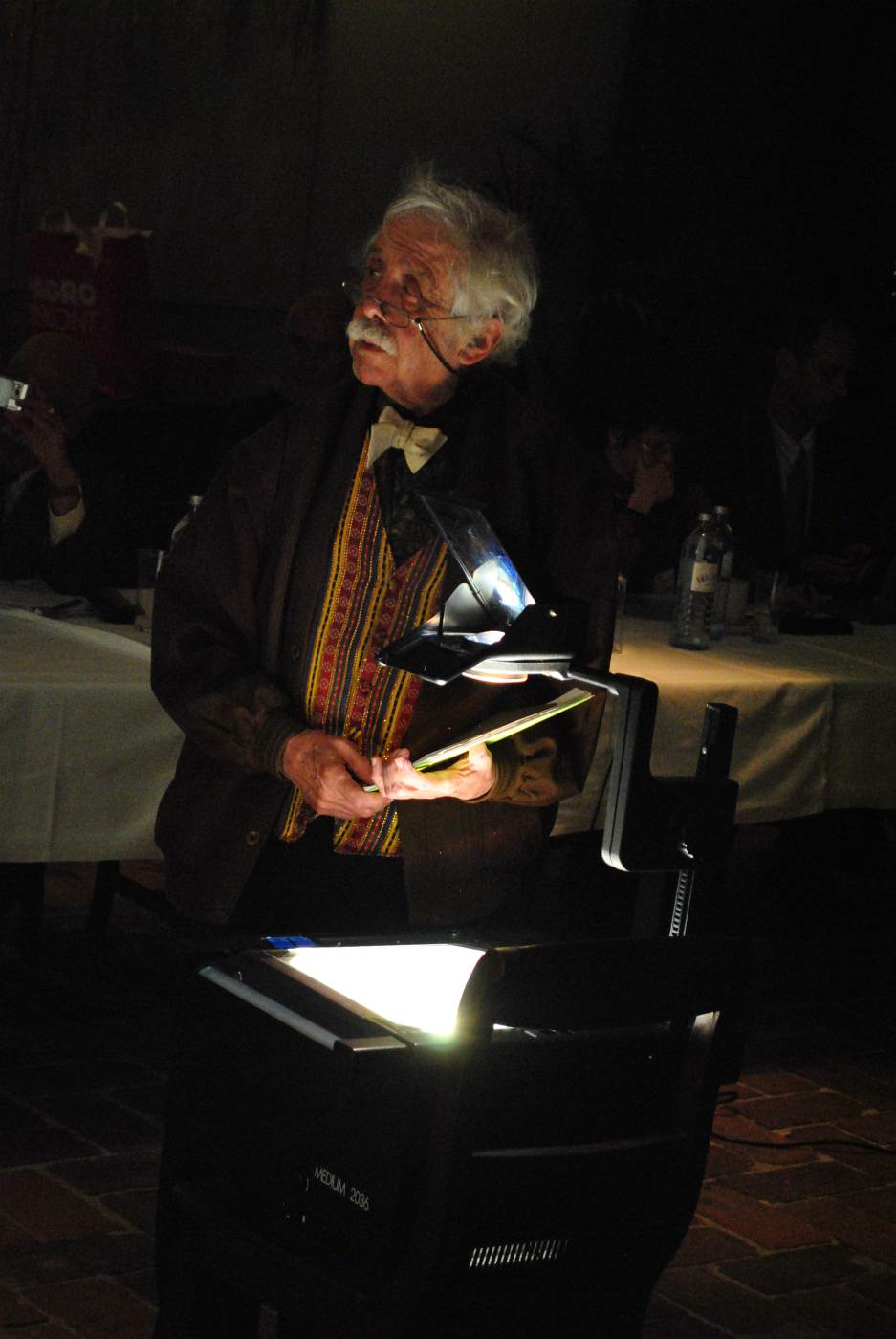 While listening to the presenters Stefan Blachfellner began to draw a picture of the development of systems theory approaches. Participants were later on invited to make additions. 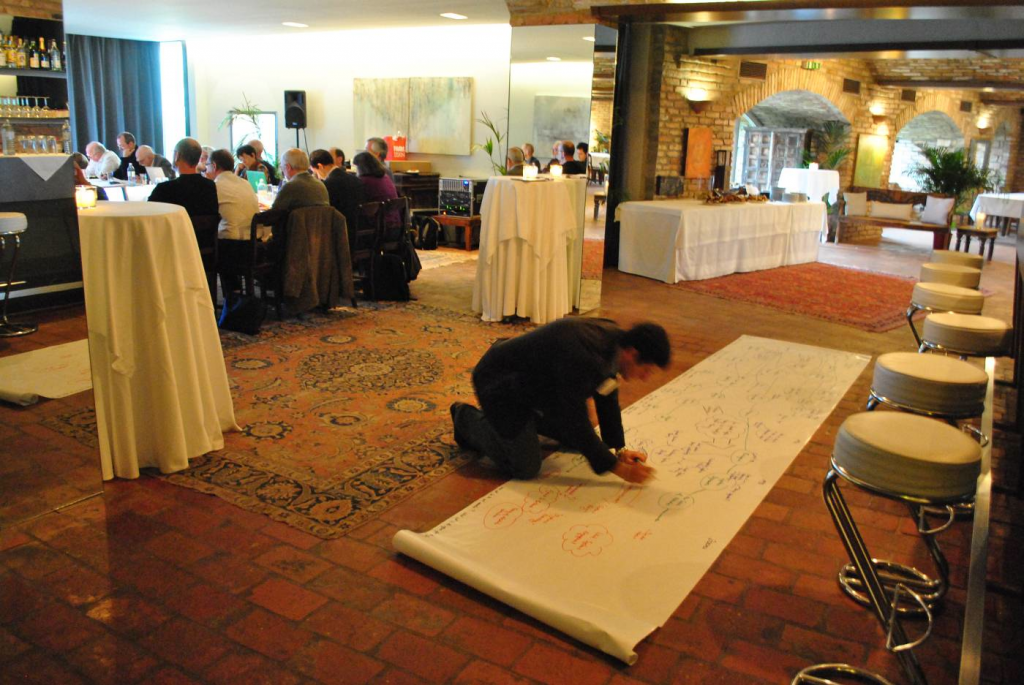 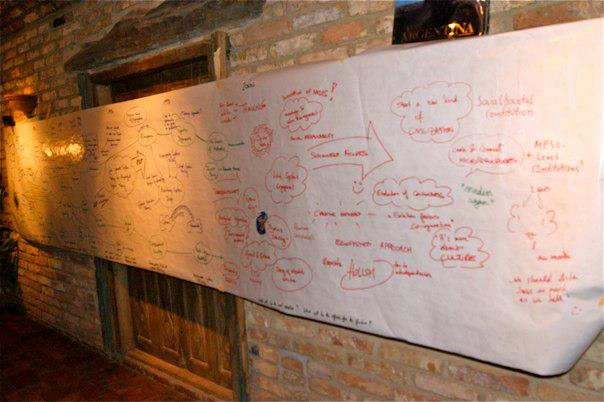 Stefan Blachfellner acted as facilitator of the afternoon group work. In four parallel groups three topics were dealt with consecutively: where are we now? Where do we want to go? Which steps are the most promising ones to take? 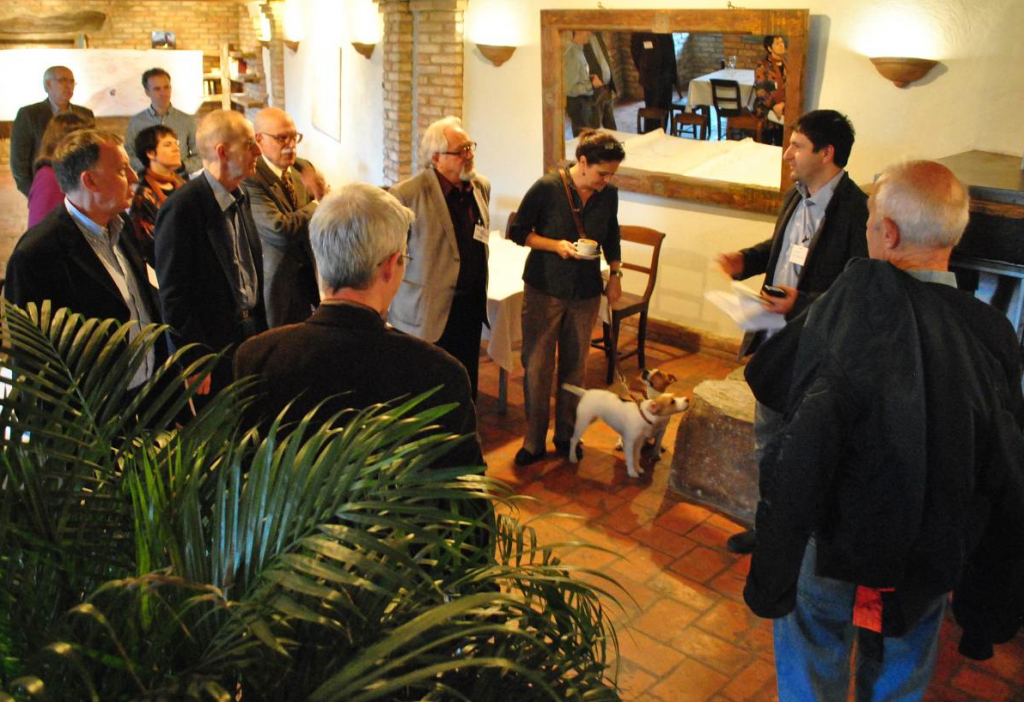 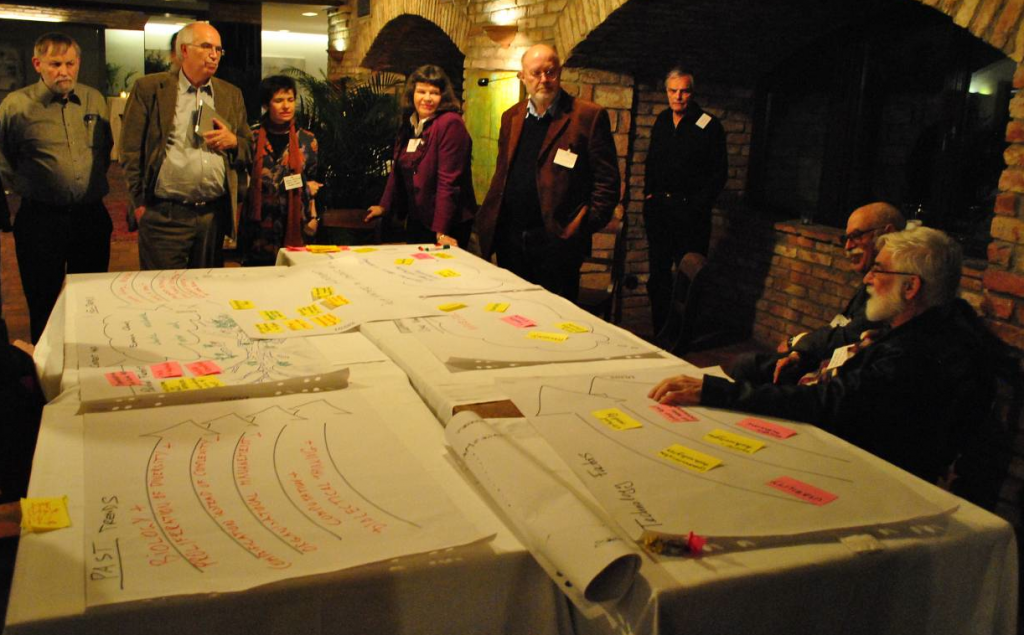 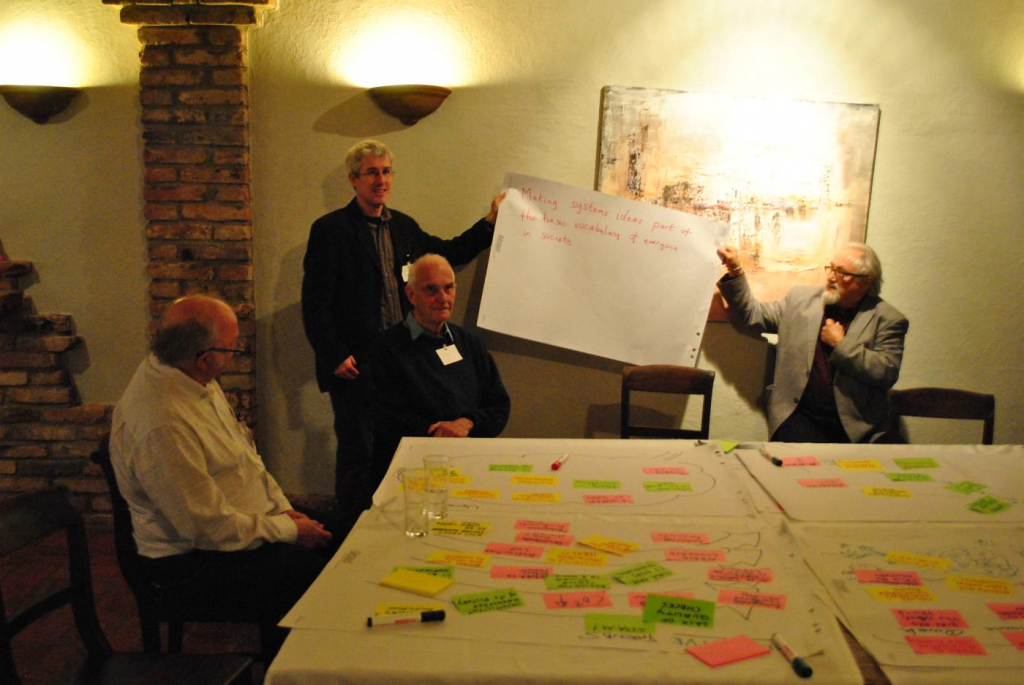 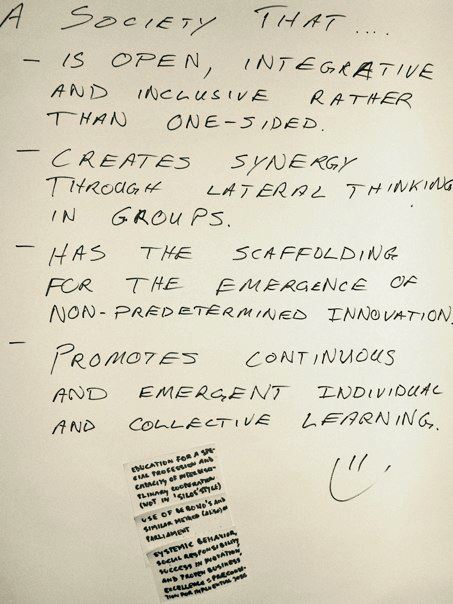 Individual presentations as well as working group discussions showed the significance of General System Theory sensu Bertalanffy as well as others to date: the commitment of system thinkers to transdisciplinary research for the sake of a humane world society.