The Vienna Vivarium accommodated from 1902 the “Biologische Versuchsanstalt”, which in 1914 was incorporated into the Academy of Sciences. It was founded by Hans Przibram and others and one of the most popular scientists was Paul Kammerer whose research can be interpreted as a forerunner of epigenetic inheritance. Gerd Müller, vice-president of the BCSSS, says the work done there anticipated what is known today as Systems Biology, that is, the study of systems level properties of organisms. The Austrian radio station Ö1 produced a radio feature with Müller and others called “Dimensionen – die Welt der Wissenschaft. Das Vivarium. Experimentelle Biologie im Wiener Prater. Eine Spurensuche von Birgit Dalheimer”. It was broadcast on 31 October 2016. 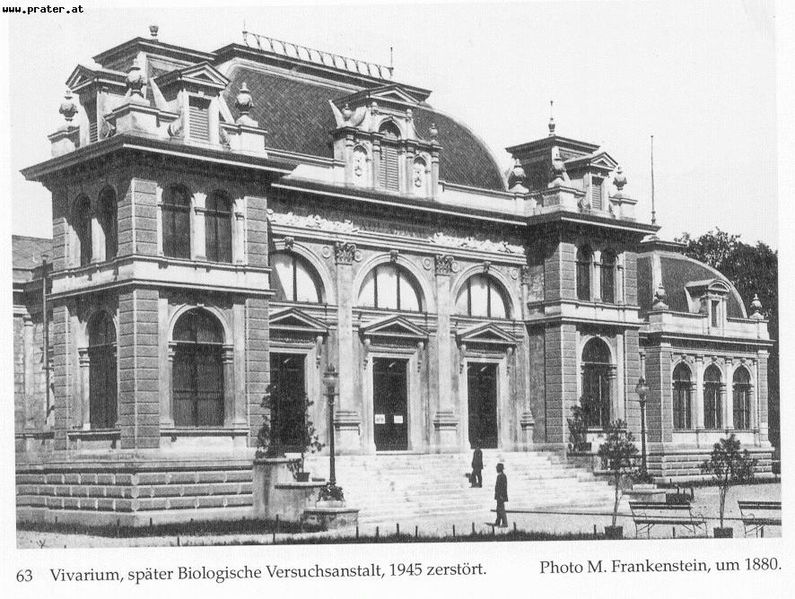 Since the Biologische Versuchsanstalt was defamed as Jewish research institute, it was finally closed down. Przibram died in the KZ Theresienstadt.