The 2019 American Society for Cybernetics (ASC) Conference from 24-26 June 2019 in Vancouver, Canada, strongly contrasted the focus of the other two systems conferences on Angelika Schanda’s North America Tour.

Its theme ‘Acting Cybernetically’ invited participants to open up to formats that completely differ from the usual academic paper presentations. Thus, their workshops were turned into ‘playshops’; participatory theatric formats, performances and art installations engaged not only the mind, but all senses. With this openness, the conference sought to create a space that would allow for intercultural and interdisciplinary discourse, supporting the idea of second-order cybernetics, as the focus changed from observed to observing systems.

As a first time attendee, BCSSS program manager Schanda took on the challenge to submit her own playshop with the title ‘Playful change of head, heart and hand’. From systems observation to systems action’. The session turned out to attract great interest, and the participants’ enthusiasm and openness allowed for experimentation and an amazing facilitation experience.

This experience had created yet more resonance: Angelika Schanda had the pleasure and immense honor – alongside Mariah G. Di Stasi – to be awarded with the Heinz von Foerster Award, which recognizes notable contributions to the conference. Heinz von Foerster was one of the founders of second-order cybernetics and the ASC. Due to a cold, unfortunately Schanda was not able to attend the Award ceremony. Some of the ASC organizers fully made up for that with a wonderful impromptu award ceremony on the Cascades AMTRAK train, traveling from Vancouver, BC to Corvallis, OR, towards the to next stop on the tour, the Annual Meeting of the International Society for the Systems Sciences (ISSS). 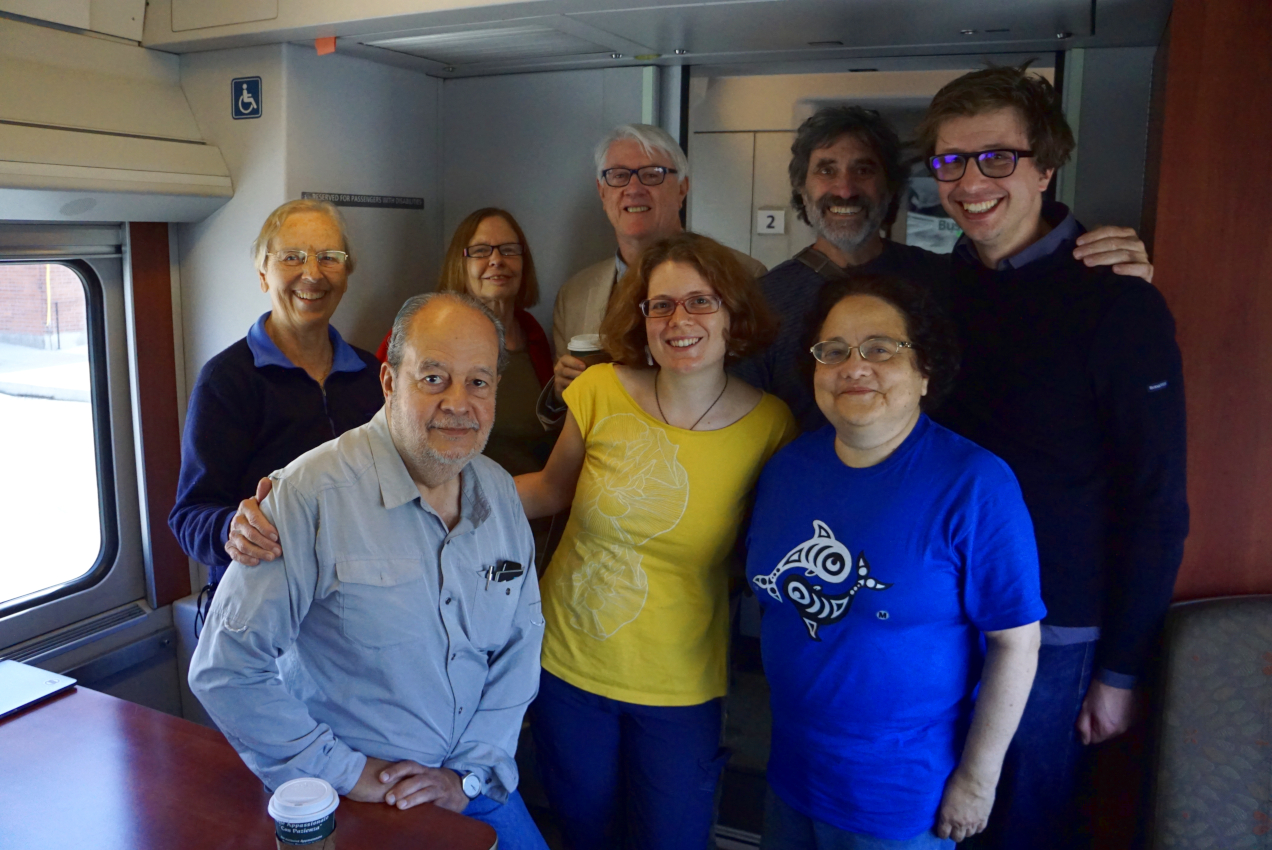 At a very special Heinz von Foerster Award ceremony on the Cascades train.