The BCSSS organised a small workshop for invited guests with Rainer E. Zimmermann on May 30, 2014. 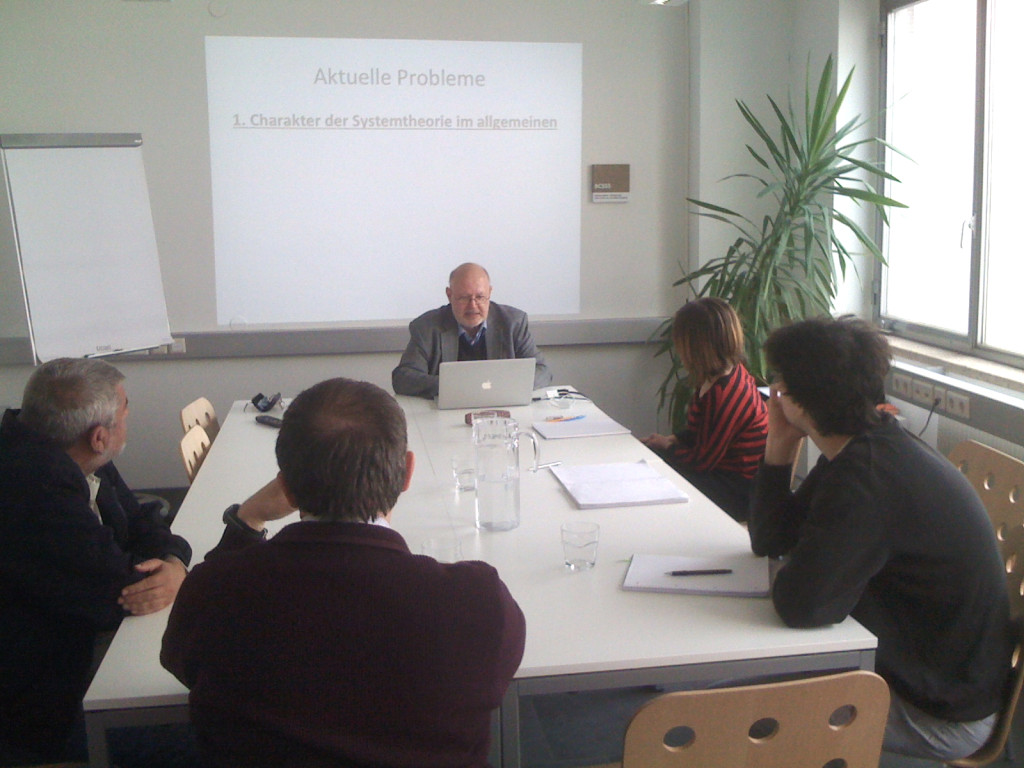 Zimmermann stayed during spring term as Researcher in Residence with the Bertalanffy Center. In the workshop he provided an overview of the studies he carried out when being on site. In that context, he referred to the panel he organised at the conference on “Understanding Matter” in Palermo in April, to several discussions at the Vienna EMCSR in April, and to the IFSR Conversation he was invited to and which took place in Linz following the EMCSR.

The topics discussed included philosophical foundations of systems, e.g. the application of the terms “being”, “non-being” and “nothingness”, which necessitates a logic like the Heyting algebra – rather than a Boolean algebra – according to which the negation of the negation does not yield the original proposition; a new systems definition comprising the triple-c Model (cognition – communication – co-operation) as well as the dimensions of space and network, using the philosophical term “ground” for depicting the potential from which the actual emerges; the importance of Prigogine’s generalised 2nd law of thermodynamics and of Kauffman’s 4th law of thermodynamics.

Another topic focused on Zimmermann’s attempt to metaphorise the ideas of entanglement and decoherence and to make use of formalisms of quantum physics such that a heuristics for social systems could be concluded.