The 15th Anniversary of the 2004 EU Enlargement: Looking back, looking forward on 8-9 April 2019 commemorated the first wave of new member states from Baltics, Central and South Eastern European countries to join the European Union in May 2004. The event celebrated the ties between East and West by alternating between two locations in Vienna, Austria and Bratislava, Slovakia and was co-organised by two European commission directed institutions. 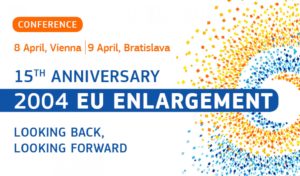 Stefan Blachfellner, Managing Director of the BCSSS was invited to participate alongside prominent political figures, policy makers and experts from the EU Member States, International and European institutions, the private sector and academia. Several panels reflected on different aspects of and experiences with the impact of this period of EU enlargement.

The discussions featured a diverse group of speakers from the member states, many of them representatives who were actively involved in the negotiations in the early 2000s. At the Vienna event, the panels focused on the main achievements of the enlargement, reforms and macroeconomic policies as well as the financial integration. Specific country cases were presented as a basis from which wider lessons may be learnt. 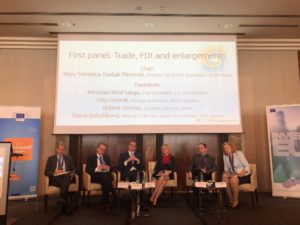 One such remarkable lesson made clear that economic growth was not necessarily the most relevant impact for the new members states. Rather, some country representatives emphasized the importance of the strengthened political union, and how consulting on matters of governance and policy making helped to secure the rule of law as well as to protect civil liberties.

To gain more insights into the various experiences, consider the open access e-book ‘The Faces of the Convergence’, which is an interesting collection of personal views of the impact and dynamics of EU membership. The presentations of the speakers can be found at the website as well.