Home > Systems Science and Pattern Literacy > Science meets art – a convergence, imagination and new perspectives on a history and its future 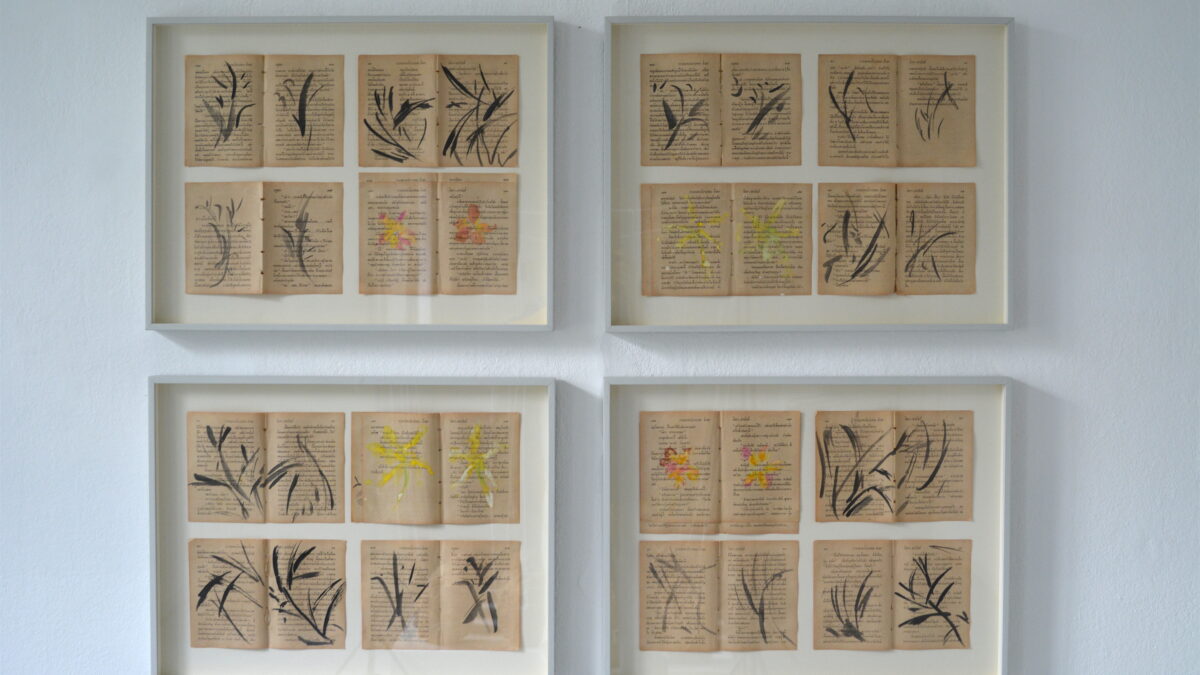 Science meets art – a convergence, imagination and new perspectives on a history and its future

The artist duo MUELLER-DIVJAK are currently hosting an exhibition entitled “77.000 GENERATIONS – Berta says: We need to find a new conception of man“. For this event and for a new generation of systems science communication, BCSSS board member Jeanette Müller and BCSSS member Paul Divjak created a new conception of the person and work of Ludwig von Bertalanffy. For this purpose, they used the comprehensive archive of the BCSSS and exchanged ideas with the staff and partners of the center.

The archive of Ludwig van Bertalanffy’s legacy lies at the very heart of the BCSSS. Originally, the center was founded to organize the documents that pertain to his life’s work. It all started with six banana boxes in 2004, which were found and auctioned off in the United States. A group of scholars came together to save these records and to make them available to the public. Thus, the BCSSS was founded. Sixteen years later, many intriguing insights could be gleaned from Bertalanffy’s personal letters and writings. MUELLER-DIVJAK artistically integrate and interpret some of these findings into their new exhibition, therefore making them accessible to the public in a tangible way, as well as inspiring new perceptions about science and scientists. With these efforts, they are both supporting the BCSSS’ core mission and are part of a pioneering group that brings science closer to the public by artistic means.

BERTA – A new conception of man?

Based on what they discovered in the archive, MUELLER-DIVJAK created the artistic figure BERTA. She overcomes the classic legend of the “male genius”, who is accompanied by a woman in the role of muse and/or secretary. BERTA combines the thinking of Maria Magdalena and her husband Ludwig von Bertalanffy – and their contact intellectuality.

Through her research on the basic principles of life, BERTA came up with an organismic view of the world. This is the core of the “General Systems Theory” which they founded. For a long time however, systems science was dominated by mechanistic views of the world and human beings, and mainly known in its manifestation as first order cybernetics.

In their exhibition, MUELLER-DIVJAK ask how General Systems Theory and the work of BERTA may contribute to a good future. How can we create conditions conducive to life as we are ourselves an essential part of life (Janine Benyus)? How can we enhance beauty? These questions and insights are reflected in the works of the exhibition.

Systems science perspectives have motivated the artistic and theoretical work of MUELLER-DIVJAK since their academic years, which is why they choose to cooperate with the BCSSS. The BCSSS decided to support their exhibition as part of its efforts for improved science communication. The arts can play an important role to make complex relationships and dynamics more accessible by engaging all our senses. For the BCSSS, this is also an important part of enabling the public to experience the cultural heritage of the early 20th century, the trajectory of a worldview and its contemporary relevance.

The exhibition opens on Friday, 17 January 2020,  until 1 March 2020 in the Künstlerhaus Bregenz, Palais Thurn & Taxis, Austria.